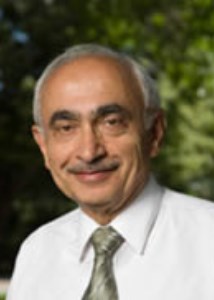 Mehdi Etezadi-Amoli is a Professor and Chair of Electrical and Biomedical Engineering at the University of Nevada, Reno. He received his Ph.D. in 1974 from New Mexico State University. From 1975-1979 he worked as an assistant professor of Electrical Engineering at New Mexico State and the University of New Mexico. From 1979-1983 he worked as a Senior Protection Engineer at Arizona Public Service Company in Phoenix. In 1983 he joined the faculty of the Electrical Engineering Department at the University of Nevada, Reno where he is responsible for the power system program. He worked at NV Energy (formerly Sierra Pacific Power Company) during summers from 1985 to 1998. He is the author/coauthor of more than 60 technical papers dealing with power systems planning, protection, transient analysis, and renewable energy. Dr. Etezadi’s professional activities include his role as the PI or Co-PI on various funded research projects. He is a life senior member of IEEE and serves on the IEEE Power Engineering Education Committee. Dr. Etezadi is a Registered Professional Engineer in Nevada and serves on the National Council of Examiners for Engineering and Surveying.