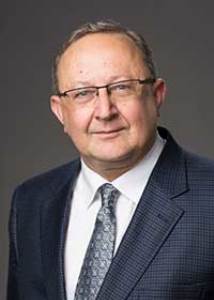 As the cyberinfrastructure (CI) lead, Dr. Sergiu Dascalu will head the CI team’s work on enhancing Nevada’s CI capabilities for data communication, processing and management while establishing a new archetype for CI research and development.

Dascalu is an associate professor in the Computer Science and Engineering Department at the University of Nevada, Reno. He received a master’s degree in automated control and computers from the Polytechnic of Bucharest, Romania and his doctorate in computer science from Dalhousie University, Canada.

Dascalu’s main research interests are in software engineering and human-computer interaction, particularly in software specification and design, software tools for scientific research, simulation environments and user interface design. Dascalu is the director of the Software Engineering Laboratory (SOELA) at UNR and has served as PI or co-PI on various projects funded by federal agencies such as NSF, NASA, and ONR, as well as by industry organizations.

Dascalu has more than 120 peer-reviewed publications and has been involved in the organization of many international conferences and workshops, from which he received numerous recognitions. At UNR, he has advised more than 40 graduate students and is the recipient of several teaching and mentorship awards, including the Nevada Center for Technology and Entrepreneurship Faculty Advisor Award 2009, the UNR Outstanding Undergraduate Research Faculty Mentor Award 2011, and the UNR Donald Tibbitts Distinguished Teacher Award 2011.