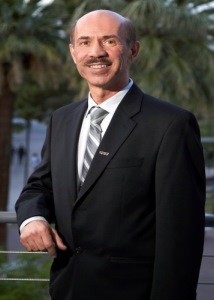 Shahram Latifi, an IEEE Fellow, received the Master of Science degree in Electrical Engineering from Fanni, Tehran University, Iran in 1980. He received the Master of Science and the PhD degrees both in Electrical and Computer Engineering from Louisiana State University, Baton Rouge, in 1986 and 1989, respectively. He is currently a Professor of Electrical Engineering at the University of Nevada, Las Vegas. Dr. Latifi is the director of the Center for Information and Communication Technology (CICT) at UNLV. He has designed and taught graduate courses on Bio-Surveillance, Image Processing, Computer Networks, Fault Tolerant Computing, and Data Compression in the past twenty years. He has given seminars on the aforementioned topics all over the world. He has authored over 200 technical articles in the areas of image processing, biosurveillance, biometrics, document analysis, computer networks, fault tolerant computing, parallel processing, and data compression. His research has been funded by NSF, NASA, DOE, Boeing, Lockheed and Cray Inc. Dr. Latifi was an Associate Editor of the IEEE Transactions on Computers (1999-2006) and Co-founder and General Chair of the IEEE Int’l Conf. on Information Technology. He is also a Registered Professional Engineer in the State of Nevada.