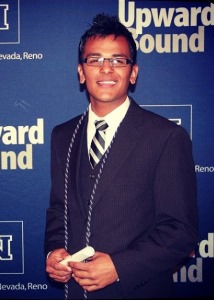 The purpose of this work is to collect video recordings of people doing interactive two-person tasks, which require feedback. We are especially concerned with repeated instances of the same feedback. These data will then be coded to develop a generative statistical model of verbal and non-verbal behavior occurring during such feedback. This model will then be used in a future study (not included in this IRB) to generate realistic robot feedback behavior for interactive tasks.

One of our chief areas of interest the team wishes to study is human-human interaction in the general population. This is an important area to study as it will yield a baseline set of data to compare data obtained in other domains too. The tasks the team will ask the participants to perform include:

We have chosen the assembly tasks as an analogue to activities done in childhood related to cognitive development and problem-solving. It is likely that feedback generated during these tasks would transfer to feedback given during activities for child-robot interaction such as therapeutic interventions for children with autism spectrum disorders.

Each participant will perform one of the assembly tasks (tan-grams or erector-set) and one of the games (Simon-says, solitaire). Each task is expected to last between 5 and 10 minutes for a total of 10-20 minutes. We will record video of the feedback interaction between the participant and the confederate and code those data for verbal, gesture, and other nonverbal interaction behavior.