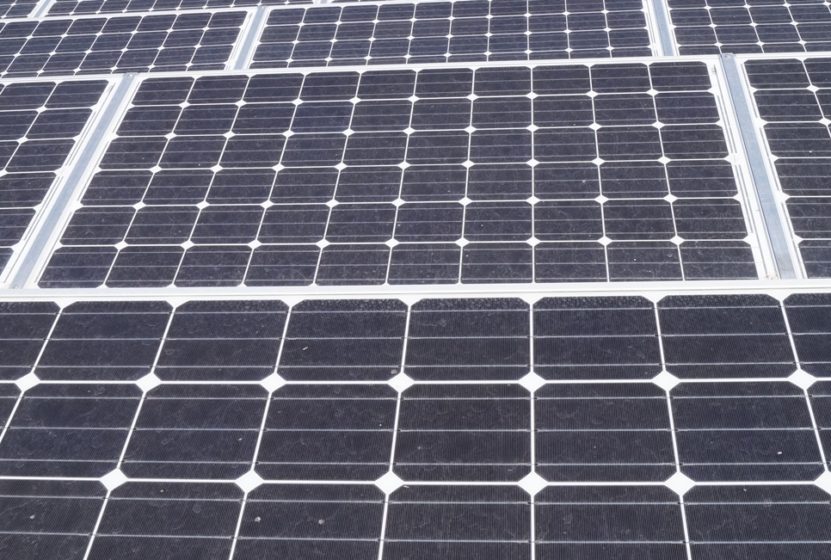 Solar power has the potential to supply a sustainable and clean source of energy to households and industry in the state of Nevada and beyond, but to fully realize its benefits requires a detailed understanding of the economic costs and risks associated with its use.
“The incorporation of solar into our power supply has to be done with the highest of knowledge, not only in engineering but also in economics,” says NEXUS economist Dr. Thomas Harris at the University of Nevada, Reno (UNR).
Economic analysis involves comparing the costs and revenue of solar power in the energy sector with other forms of energy.  It also involves looking at the risks, for investors, associated with this sustainable energy source given the falling prices of gasoline and natural gas and fluctuating interest rates.

“Most of us take it for granted that when you flip the switch, electricity is going to be there. Behind that switch are years and years of engineering knowhow, financing, risk taking, and regulatory activities constantly and seamlessly taking place.” says NEXUS economist Dr. Dilek Uz at UNR. “Yes we want more of that renewable energy for multiple reasons. If we want to move from point A to B, we have to make sure that we consider all the options with their costs and benefits. There are many ways to achieve this goal but we want the one that is least costly and most fair.”

When the electric grid was established in the U.S. the assumption at the time was that electricity would flow in one direction only: from public utilities to users.  But in the last decade with the changes in residential rooftop solar, people have started to generate their own electricity from the Sun’s rays and sell their excess generation to the local grid, an arrangement called net metering. “For reasons including heightened environmental awareness and economic feasibility of solar due to both dramatic declines in photovoltaic (PV) prices and incentive programs, many Americans now want to be a part of this big transition.” Uz says. 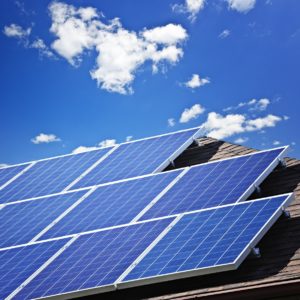 The participation in the net metering program has recently soared which has raised questions regarding its sustainability with the existing rules. Uz is studying the economics of net metering in Nevada and in the U.S. including the decisions that the Public Utilities Commission might have to make. As a result of fast growing adoption of net metering, conflicts have arisen between the various stakeholders: the utility customers, solar PV companies, and the regulated utilities. “So now we are seeing changes in the regulatory landscape that occurred as a response to this tension which will pretty much determine the path that distributed generation will take.” Uz says.
To analyze the impacts of solar energy construction and operation activities on the state’s industries and households, the team has also been developing a Supply-Constrained Social Accounting Matrix model to quantify the economic linkages between the different economic sectors impacted, directly or indirectly, by Nevada’s solar energy industry. “This model is important in estimating state or region wide impacts from solar power development and any restrictions on solar development,” Harris says.
In the future, the tax credits for building large-scale solar power plants to generate electricity might be reduced under the new administration. Harris is using the model to determine how such changes might impact solar power in White Pine County. “Quite frankly, the tax credits really do help the profitability of local solar investments,” Harris says. “As economists we should be showing people the potential impacts to solar industry profitability, expansion, and carbon sequestration from elimination of these tax credits.”

While solar power is a sustainable power supply, it is not without risk for investors. Sun only shines in the daylight hours and sometimes clouds can totally or partially occlude the sun and prevent its rays from reaching solar energy plants.

“In terms of electricity, you have to maintain the frequency at a certain level in order for our appliances to work, and for the factories to function,” Uz says. “Integrating these intermittent resources into the grid in a way that does not destroy the already existing infrastructure is both an engineering and an economics problem.”
NEXUS scientist Dr. Eric Wilcox at the Desert Research Institute and his team have developed cloud forecasting technology which could give utilities warning when the solar supply might dwindle, and Uz is analyzing the impacts of such methods to mitigate the intermittency on the economics of solar.  “How much does using this technology cost?” Harris says.  “It is a very complicated issue from a solar standpoint but it could reduce risk and lead to more efficient grid management.”

The team continues to analyze the checks and balances that will allow solar resources to be successfully integrated into the grid, not just in Nevada but also in the state of California. In 2015, Gov. Jerry Brown signed a bill into law that requires state-regulated utilities to get 50 percent of their electricity from renewable energy sources by 2030.  “Solar energy could be one of Nevada’s main exports in the future,” Harris says.
Exporting electricity requires building transmission lines which will eventually require better grid management as the share of solar starts to increase. Smart grids, as well as better solar output forecasts, will be key in sustaining the reliability and performance of the grid, while keeping the costs of reaching the environmental goals down. Again, the essential need is for economists to understand this new business model and infrastructure, Harris says.
“We have very ambitious environmental goals and we’re trying to meet those goals in a landscape that is changing really fast,” Uz says. “The decision-making process should account for all costs and all benefits, not just one or two. Taking into consideration all stakeholders’ interests requires careful analyses that are often quite complex. This kind of conflict resolution may not be the easiest thing however that is what we will be seeing more of going forward not just in Nevada but globally.” 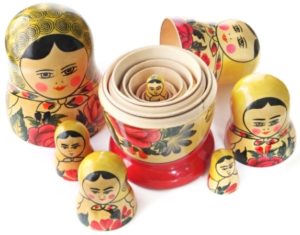 “Economics is like one of those Russian dolls,” Harris says. “Once you start doing things, other things open up. It’s what we call unintended consequences.” For solar power to be not just sustainable, but profitable, in future decades economists have to investigate all the variables and permutations associated with this relatively new industry.

Maximizing the Benefits of the Solar Nexus Project

The Solar Nexus research into solar energy, water and the environment has, and will continue to have, positive economic impacts in Nevada.  Research on solar energy efficiency will lead to less expensive and more competitive solar electricity. Economic evaluation of solar projects, and using water and energy as metrics allows Nevada to better allocate its scarce water resources. The project’s commitment to external engagement with stakeholders will enable NEXUS scientists to collaborate locally and nationally while developing relationships with industry and funding agencies. The NEXUS economic team, in ongoing assessments, works to balance all the different goals of the project, with the ultimate mission of supporting economic development in Nevada.

“Funding from the NEXUS project allowed us to hire Dr. Dilek Uz at UNR”, says Dr. Gayle Dana, Project Director for the NEXUS project. “The addition of Dr. Uz’s expertise in economics has greatly increased our ability to assess economic impacts of solar energy”.