Dr. Jaeyun Moon feeds her passion through the Nexus project 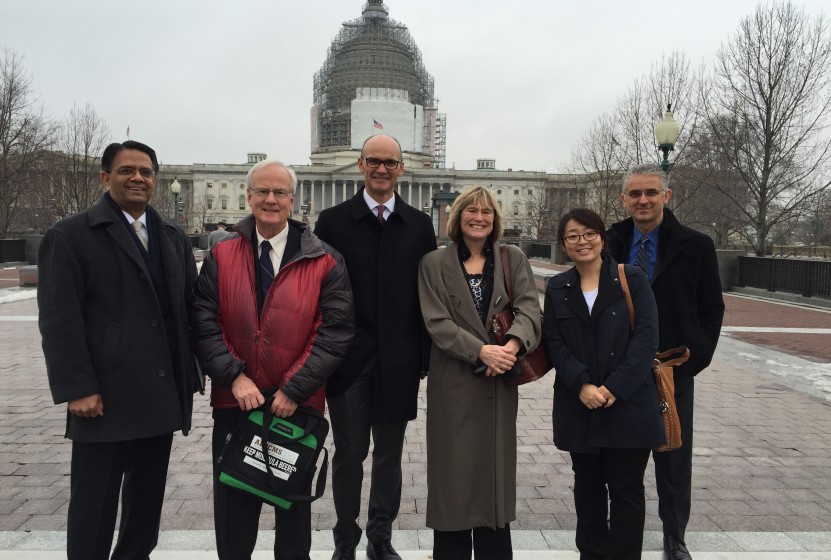 Solar energy is Dr. Jaeyun Moon’s passion. Dr. Moon is pictured above second from the right. A native of Korea, Moon joined the UNLV faculty and subsequently the Nexus project, in the fall of 2014 to put her passion and knowledge to great use. Moon earned her Bachelors of Science as well as her Master of Science degrees in materials and metallurgical engineering from Hanyang University in South Korea. After eight years of working for a tech company where she developed semiconductor devices, she moved to the United States where she earned her Ph.D. in materials science and engineering from the University of California, San Diego. Moving to Nevada was a natural step because it provides the perfect environment for investigating solar energy. Moon has collaborated with Dr. Robert Boehm and Dr. Jaci Batista on the project thus far and enjoys the support and research atmosphere at UNLV. As part of the Nexus team she is focused on exploring new technologies that could minimize water use at solar facilities. This work falls right in line with her research studies which included investigating solar energy and developing materials that can withstand high temperatures for solar energy receivers. This is not Moon’s first experience working on an NSF funded project. In 2014 she received a grant to study water and purifying water for solar energy and to develop coating materials for solar receivers.