How has NSF EPSCoR helped prepare you for your...

A Recap of the Nexus Project in its First Year 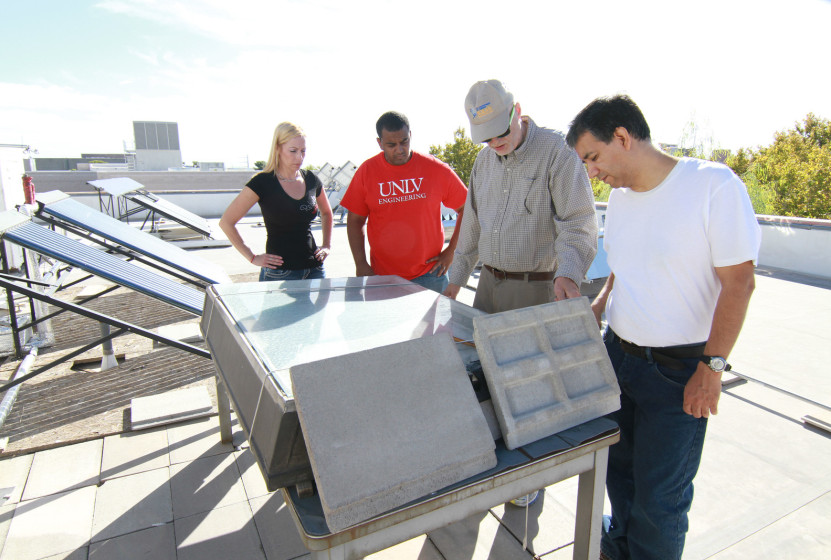 Development of renewable energy resources is a national priority, and Nevada is aligning its research and development activities to support this important goal. Three quarters of electricity production in the U.S. is from fossil fuels, which generate one third of total U.S. greenhouse gases and increase dependency on global markets. Harnessing renewable energy, such as solar, could supply all the energy the U.S. needs. The abundant solar flux in Nevada makes it one of the best sources for solar energy generation in the world, and development of this energy source has potential to significantly diversify the economy of the state. However, harvesting solar energy requires consideration of the impact on Nevada’s scarce water resources and sensitive desert environment. Therefore, this project focuses on understanding the linkages among solar energy development, limited water resources, and fragile environments as key elements to achieving benefits from solar energy in Nevada.

The abundant solar flux in Nevada makes it one of the best sources for solar energy generation in the world, and development of this energy source has potential to significantly diversify the economy of the state.

In the first year, over 30 sites were considered where experiments could be conducted to study the impact of dust particles and water usage on the effectiveness of solar panels. The site locations selected include just outside the Sempra PV plant near Boulder City, the UNLV Solar Energy Site and the rooftop of the Thomas Beam Engineering Building both located at UNLV, as well as two different solar sites offered by the City of Las Vegas where a variety of experiments can be conducted. Additionally, in the first year, the use of nanotechnology to mitigate dust accumulation on the solar panels began. And, research is also being done to understand microclimate change on desert plant communities as well as developing advanced water technology to support solar energy development. Several pieces of experimental equipment have been put in place to aid researchers in accomplishing their goals.