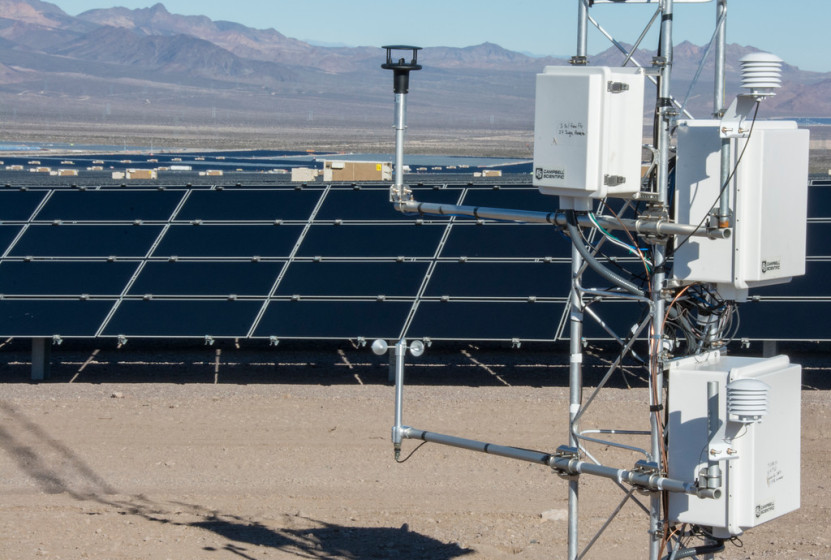 About the Solar-Energy-Water-Environment Nexus Project

Nevada is second only to Egypt in solar radiance. Meaning, the state has an abundance of solar energy that can be harnessed and turned into useable energy.

While solar energy research and solar panels have come a long way, there is more research to be done – specifically on how to create solar panels that require less water to maintain. With water already a limited resource in Southern Nevada, reducing its involvement in solar energy’s evolution will have long-term benefits.

The Solar Nexus project (for short) aims to help Nevada establish itself as a competitive state in the field of solar nexus research. A multifaceted five-year research project, the Solar Nexus Project focuses on solar energy generation and its impacts on the nexus – or linkages – among Nevada’s limited water resources and fragile environment. It also focuses on creating a center of research excellence on solar energy conversion to electricity, minimizing its negative impacts on water usage and the environment. Essentially, the project will seek to create a paradigm shift in how solar plants are built and utilized.

The Solar Nexus Project is a high-tech, highly inter-disciplinary project that brings together a diverse team of hundreds of engineers, educators, researchers and computer scientists and students, including 30 PhD-level students (five from the Desert Research Institute and 25 from University of Nevada, Las Vegas and University of Nevada, Reno). The project should launch more interdisciplinary projects in the future.