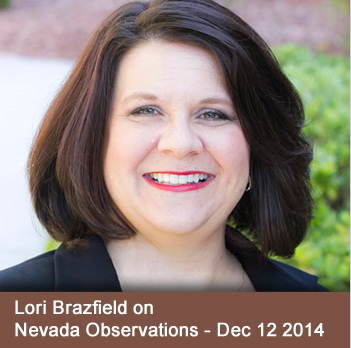 “This week on Observations, host Bob Fisher talks with Lori Brazfield, Director of the Nevada System Sponsored Programs Office which houses the Nevada EPSCoR Program and Lori is also from the Nevada System of Higher Education. Lori spoke about her responsibilities as far as administrative operations is concerned. She discussed the Solar Nexus project which is a five-year research project which focuses on creating a center of research excellence on solar energy conversion to electricity, minimizing its negative impacts on water usage and the environment. Lori is a graduate of UNLV and Trident University International. Lori spoke about the educational system in Nevada and how changes are developing within the educational system.” Nevada Broadcasters Association