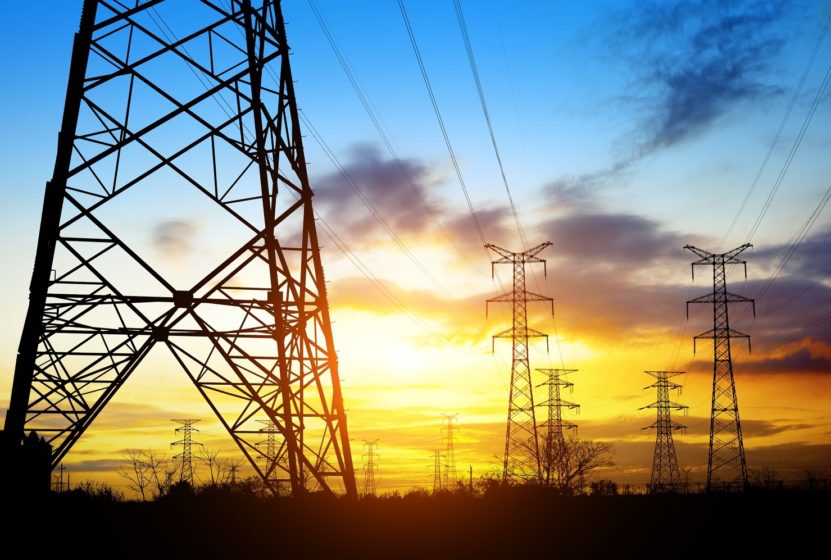 Although the U.S. electric grid is an engineering marvel with more than 9,200 electric generating units connected to more than 600,000 miles of transmission lines, it is rapidly running up against its limitations. Consequently, the Department of Energy (DOE) has a vision of a future “smart” electric power infrastructure with a goal of creating a more resilient grid through the use of cutting-edge technologies, equipment, and controls that communicate and work together to deliver electricity more reliably and efficiently.
NEXUS researchers are helping contribute to this mission: Engineer Dr. Yahia Baghzouz of the Department of Electrical and Computer Engineering at the University of Nevada Las Vegas (UNLV) and his graduate students have created a small “microgrid,” a localized grid that can disconnect from the traditional grid to operate autonomously.  This mini-grid acts as a test bed to investigate the various devices that will be needed for the smart grid and technologies that will ultimately help with the integration of renewable energy resources into the grid infrastructure.
“The microgrid is a valuable outdoor facility to conduct field tests on new concepts pertaining to grid modernization,” Baghzouz says.

The DOE Smart Grid Research and Development Program considers microgrids as a key building block for a smart grid as they can, when needed, function independently of the main electrical infrastructure. In critical times, such as power outages, it is envisioned that the future “smart” grid could break down into these microgrids, which individually could continue to serve customer needs.
Such microgrids would also facilitate integrating renewable sources of energy into the electrical infrastructure. A major challenge in using renewable sources of energy in the grid infrastructure is the frequently intermittent supply of energy from such sources: The sun doesn’t always shine and the wind doesn’t always blow, for example.  Microgrids can use and manage energy from a variety of sources and can accommodate such, sometimes unpredictable, sources of energy.  As such, they pave the way to longterm and sustainable integration of solar and wind energy into the national energy system.
“Microgrids can strengthen the grid resilience which is becoming increasingly important in the face of the increased frequency and intensity of power outages caused by severe weather due to climate change.” Baghzouz says.

Microgrids also prove valuable in preparing for the smart grid. At UNLV, the team uses the microgrid to test out various devices and technologies that will be needed for the smart grid and also to build a strong education facility for training the electrical engineers and scientists that will help make the smart grid into a reality.
The engineers have already carried out several experiments using the microgrid including testing out advanced photovoltaic (PV) converters. Conventional PV inverters, which convert the output of photovoltaic solar arrays into utility frequency alternating current, present several problems for utility operations, but engineers hope that the new generation of PV inverters will prove to be an asset. Currently national labs and major electric utility companies are testing out these new generation systems using PV and grid simulators, but UNLV is testing these “smart” inverters in the microgrid.
“The microgrid allows us to induce real, rather than simulated, voltage and frequency disturbances as well as controlled power quantities at the inverter terminals,” Baghzouz says. “Advanced inverters are proven to assist electric utilities in mitigating operational problems associated with such abnormalities.”
In the near future the UNLV engineers plan to add a battery energy storage system to the microgrid generation fleet.  They also plan to develop control systems associated with economic drivers that use time-of-day pricing sometimes in conjunction with peak-demand charges to determine when and whether energy is to be returned to or drawn from the grid.
“The NEXUS project allowed us to gain expertise in designing and building a microgrid with a portfolio that encompasses a full range of enabling technologies including conventional and renewable power generation, automation, grid stabilization, grid connection, energy storage and intelligent control technologies” Baghzouz says. “Further, the hands-on experience gained by numerous students involved in the construction and operation of the microgrid is very rewarding.”

Energy efficiency is a central issue in the Nevada Governor’s New Energy Industry Task Force and a key step toward that goal is to increase energy reliability. By investigating the tools and techniques for a future “smart grid,” Dr. Bagzhouz’s NEXUS microgrid research at the University of Nevada Las Vegas will help deliver more reliable energy to customers. NEXUS researcher Dr. Eric Wilcox at the Desert Research Institute is also investigating ways to make solar energy more reliable by using low-cost cameras that image the sky near solar photovoltaic arrays and designing computer algorithms that use the images to predict when clouds will shade the arrays. These scientists are currently testing the technology on the microgrid for its ability to smooth out variations in solar power output to the electricity grid, thereby increasing reliability and efficiency.
“The collaboration between Drs. Bagzhouz and Wilcox came about due to the NEXUS project”, says Dr. Gayle Dana, NEXUS Project Director. “This is one of the many benefits of this state-wide project – it fosters partnerships between faculty at different institutions, creating advanced solutions for energy reliability for Nevada.”