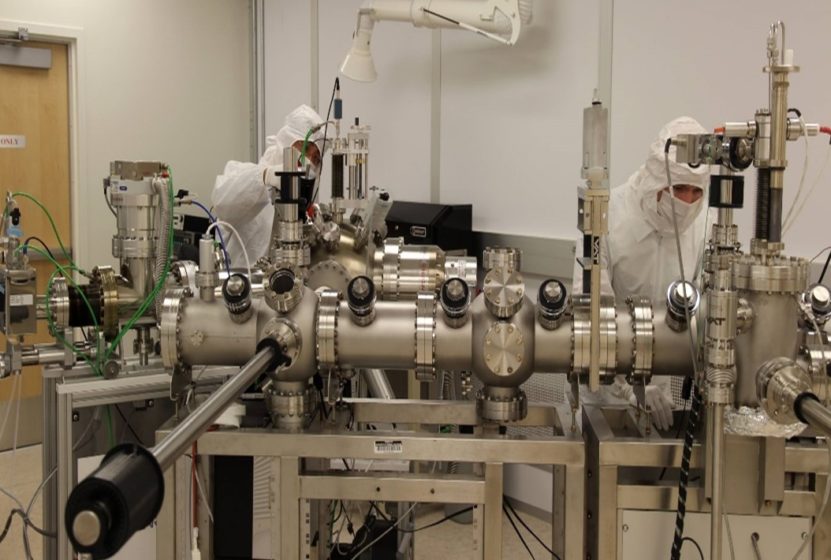 Although solar panels might appear bright and shiny, in desert environments, where they are most frequently installed, layers of dust and other particles can quickly coat their surface. These coatings can affect the panels’ ability to absorb sunlight and drastically reduce the conversion of the Sun’s rays into energy, making it necessary to periodically wash the panels with water. But often, in areas like Nevada, water resources are scarce.
Consequently, NEXUS scientists have turned their attention toward developing technologies for waterless cleaning. NASA has already been using such techniques to wash panels in the lunar and Mars missions but their developed methodologies prove too expensive for widespread public application. NEXUS scientist Dr. Biswajit Das from the University of Nevada Las Vegas (UNLV) and his team are aiming to develop a water-free cleaning technology that will be cost-effective for large-scale photovoltaic (PV) generation, whereby they look to nanotechnology, rather than water, to clean the panels.
“Our mission is to develop a waterless, or at least a less-water cleaning technique to address the effect of dust on solar panels,” Das says. “Once developed, this method will significantly reduce water use for the future PV generation.”

A Microscopic, and Dry, Solution

The Das team project relies on tiny particles, known as nanoparticles to do the cleaning work for them. Their idea is to coat the solar panels with arrays of transparent but electrically conducting nanoparticles. These particles provide an electrical field that can modify the electrical properties of the dust particles. Once these dust particles are charged, an electrical field can be used to attract them and sweep them away from the panels without the use of water.
While the concept may appear simple, several factors determine whether the technology will ultimately be viable.  The first consideration is that the nanoparticles themselves be transparent. “If we are coating the solar panel, we don’t want to block the light, so that is one of the first things we have to address,” Das says. Already in the UNLV Department of Electrical and Computer Engineering scientists have a system in place to create any type of nanoparticle at any density, but this technology is currently tailored for the purposes of constructing devices and integrated circuits, not requiring the creation of large areas of nanoparticles. “It’s really high cost, so this cannot be useful for large-scale photovoltaic applications,” Das says.
At present, however, the scientists are using this methodology to see if their water-less cleaning concept will work. “And then we will move on and develop a low-cost technology for the new solution.”
Using the tools already available, the scientists have synthesized nanoparticles of indium tin oxide and zinc oxide. Both these compounds are efficient conductors of electricity but are also transparent, a rare property. The team is also working on developing a low-cost technique, because the existing technique used for project demonstration would be highly expensive. “They wouldn’t cover much of a surface area and the PV panels are, of course, huge,” Das says. “And we would need to create a technology that is much, much less expensive.”

First Solar projects around the world.

Moving Toward a Nanotechnology Revolution in the Solar Industry

In 2000, the National Nanotechnology Initiative (NNI) formed, a U.S. Government research and development initiative, whose mission is to progress the ability to understand and control matter at a nanoscale to the ultimate benefit of society.

A key focus of this initiative is developing nanotechnology to collect and convert solar energy and contribute to providing more sustainable, and cleaner, energy sources.  The NNI recognizes that solar technology needs to become more economically competitive with fossil fuel technologies and believes that nanotechnology could be a means by which this could be achieved.  The work of NEXUS scientist Dr. Biswajit Das from the University of Nevada Las Vegas (UNLV) directly addresses this challenge.

“For nanotechnology to become an economically viable solution in solar energy, scientists need to work on low cost nano-based methods of increasing the efficiency of energy conversion and storage,” says Dr. Gayle Dana, NEXUS Project Director.  “Our NEXUS researchers are working at the very cutting edge of this field.”

If you would like to know more about the NEXUS project, please contact, Dr. Gayle Dana Gayle.Dana@dri.edu 530-414-3170