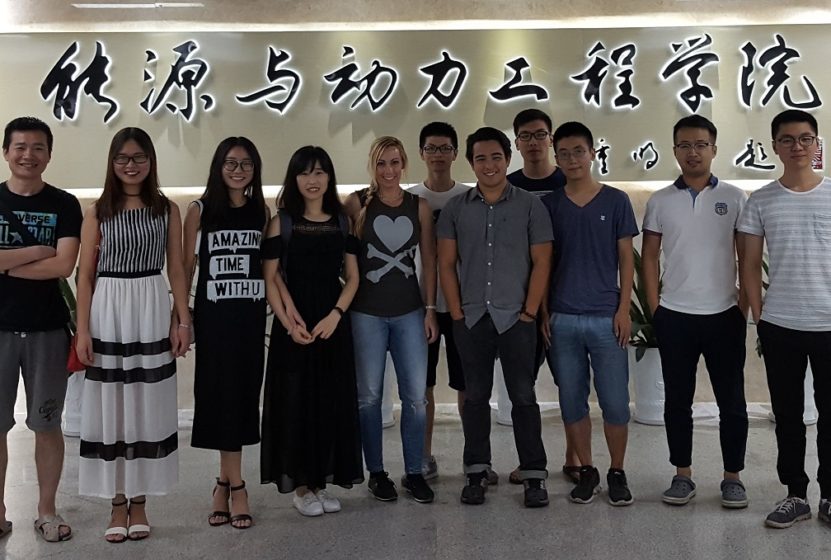 Many of the great environmental challenges – the availability of clean water, access to sustainable energy sources, conservation of land, for example – are felt across the globe.  And finding solutions to those challenges is more likely if nations join forces and work collaboratively.

To encourage such collaboration and prepare the next generation of scientists to think globally and conduct research internationally, many U.S. universities have exchange programs between their universities and ones on other continents.  Now, the NEXUS program is facilitating the exchange of students between the University of Nevada and universities in Brazil and China.

“In this program students see first hand how researchers in other countries participate in developing solar and water technologies,” says Dr. Jacimaria Batista, who is a NEXUS Co-Principal Investigator and Water Lead and a scientist at the University of Nevada Las Vegas (UNLV). “There is also the university cultural benefit where students from both countries learn how research is funded, how faculty and students relate, and how people in respective countries live.”

To demonstrate the effectiveness of the program, and its benefits, we highlight the experiences of three NEXUS students who have traveled and conducted research on different continents in the summer of 2017. 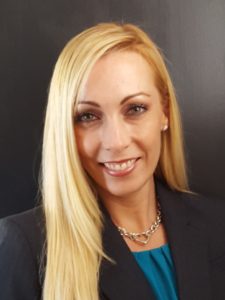 NEXUS graduate student Danielle Nobles-Lookingbill had been collaborating, via email, with the power engineering research team at Xi’an Jiaotong University (XJTU), China, for over a year, so when the opportunity to meet with the team in person came up, Nobles-Lookingbill jumped at it.

“I believe positive professional relationships are the building blocks for lifelong research collaborations, and there is no better way to build professional friendships with colleagues than to appreciate their culture first hand,” says Nobles-Lookingbill, a student in the Howard R. Hughes College of Engineering at UNLV who is supervised by Dr. Robert Boehm, the NEXUS Solar Energy Lead.

Nobles-Lookingbill’s research investigates the design of an innovative technology, known as a supercritical carbon dioxide Brayton power cycle, which will ultimately lead to greater efficiency in the concentrated solar power systems. When Nobles-Lookingbill visited China, she was able to see the raw, interior plates of the printed circuit heat exchangers, two of which the UNLV team has in their supercritical carbon dioxide Brayton cycle test system. “It was the research highlight of the experience,” Nobles-Lookingbill says. “It was amazing to be in the process lab, able to view each fabrication stage of these heat exchangers.”

Nobles-Lookingbill believes that a major benefit of the international exchange program was that of building professional friendships with researchers in the same field, being able to discuss the similarities and differences between their test systems and being in the position to solidify a collaborative path forward.

“I am looking forward to the internationally collaborative journal publications that will follow as a result of this experience,” Nobles-Lookingbill says, “And I have learned that I would like to continue collaborations with this university and my Chinese colleagues throughout my career.” 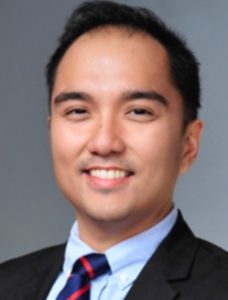 John Gonzales, a UNLV graduate student at the University of Nevada Las Vegas, is no stranger to different cultures and international travel. Originally from the Philippines, Gonzales has lived in the United States for the past 10 years and has already realized the value of visiting another country, both professionally and personally. So he was enthusiastic about the opportunity to visit the University of Sao Paulo, Pirassununga, Brazil as an exchange student.

“I met the professor personally that I would be working with in Brazil. He is very enthusiastic about his laboratory and his research, so that also motivated me to do research with him,” Gonzales says, who is supervised by NEXUS scientist Batista for his graduate work at UNLV.

Gonzales’ research focuses on chromate, a form of chromium that can occur in drinking water and poses health hazards. Recent studies have investigated the removal of chromium by an electromagnetic field but this approach could be impacted by the presence of other contaminants such as nitrate. Gonzales’ project is investigating the influence of nitrate in the chromium reduction process.

While working in Brazil, Gonzales enjoyed the support and collaborative atmosphere. “Professors have open-door policy, which was quite refreshing,” Gonzales says.

The exchange program also opened Gonzales eyes to challenges outside of his sphere of research. “The entire experience made me aware of other global issues that need to be addressed in the scientific community,” Gonzales says. “I have learned that both private and public sectors must collaborate to tackle such issues.”

Outside of the lab, Gonzales says he enjoyed every part of the experience: the people, the food and the environment. “It was incredibly enjoyable both from a research and social perspective,” Gonzales says. 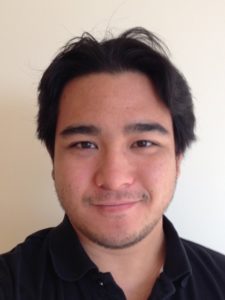 NEXUS graduate student Kaipo Kekaula’s motivation to be part of the international exchange program was both to further international collaboration but also to get first hand experience of the similarities and differences in cultural and research practices abroad.

With these objectives in mind, Kekaula visited XJTU in China where, in addition to spending plenty of time in the lab he enjoyed being shown around the beautiful and historic city of Xi’an, sharing meals and cultural experiences and hiking up mountains with the Chinese researchers. “I think the highlight of this trip was the time spent with some of other students and researchers in China,” says Kekaula, a student in the Department of Mechanical Engineering at UNLV who is supervised by NEXUS scientist Dr. Robert Boehm. “The people there were so friendly and really made us feel welcome.”

Kekaula’s research focuses on the development of dry cooling systems that use air instead of water to condense steam for water reuse in solar thermal plants. The technique can reduce water usage by more than 90% but has a performance penalty in comparison to traditional wet and hybrid cooling systems. Kekaula and his supervisor are investigating techniques to improve the performance of dry cooling systems. In the lab in China, he learned about a critical computational technique used in multiphase flow calculations called the VOSET method developed in Xi’an Jiaotong University. “This method is directly applicable to my research and learning about it from the group that developed it was invaluable,” Kekaula says.

While he was in China, Kekaula also collaborated on a research study with his Chinese supervisor, Dr. Quiwang Wang and was a coauthor on a paper published in November in the journal Applied Thermal Engineering. “The exchange was a great learning experience all around,” Kekaula says. “I would definitely recommend this to another student, it was an amazing experience.”

The Benefits of a Globally Engaged Workforce

Advancing science, engineering and technology solutions to environmental challenges requires collaboration between nations in the 21st century.  Given this necessity the National Science Foundation’s Office of International Science and Engineering seeks to ensure that U.S. institutions and researchers are globally engaged and are able to advance their research through international collaboration.

The NEXUS exchange program seeks to embody this mission by facilitating exchanges of students and faculty with universities in South America and Asia.  In doing so it provides international research opportunities for U.S. students and researchers and encourages international collaboration.

“By participating in the international exchange program, our NEXUS students and faculty are doing their part in keeping Nevada and the U.S. globally competitive at the frontiers of knowledge,” says Dr. Gayle Dana, NEXUS Project Director.