A Recap of the Nexus Project in its First...

Dr. Jaeyun Moon feeds her passion through the Nexus... 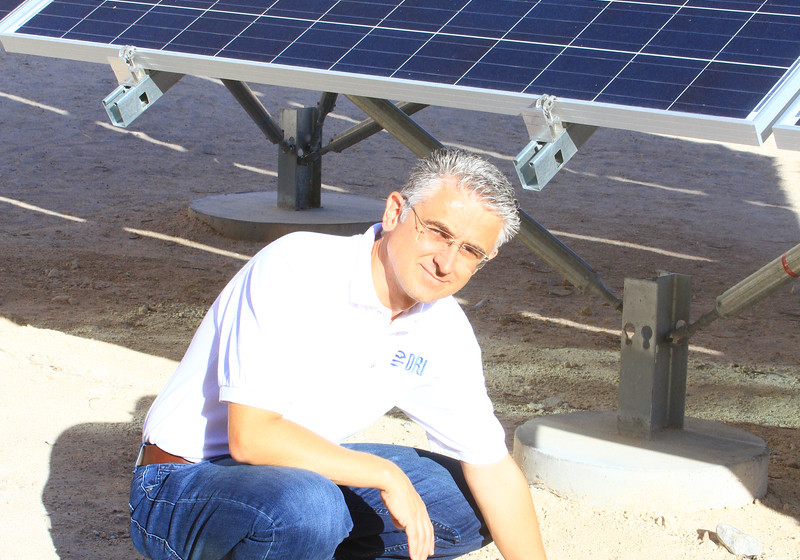 Have you ever stared at a pile of soil sitting under a beautiful fruitful plant and wondered what role it plays in the extraordinary things growing around it? Or imagined that soil has a fragile architecture that is impacted by the environment in which it exists? It’s these questions that excite Markus Berli, Ph.D., associate research professor for environmental hydrogeophysics at the Desert Research Institute (DRI) in Las Vegas. With more than 17 years’ experience in basic and applied research related to the physics, mechanics and hydraulics of soils and soft rocks, Berli’s research focuses on figuring out how soil and water work together.

Originally from Switzerland, Berli did not begin his educational journey thinking he would study soil for a living. No one in his family studied science, but Berli was fascinated by Albert Einstein’s work and interested in learning more about how the world works from a scientific perspective. He originally planned to become a hardcore physicist, but with the influence of some passionate professors at the Swiss Federal Institute of Technology Zurich (ETHZ), in Switzerland he was drawn toward studying the natural environment. More specifically, he was intrigued and excited by the complexities of soil and loved combining the studies of physics, mechanics and hydrology to truly understand how soils function.

In 2006, after working on projects in the states of Utah and Connecticut, and returning to Switzerland for a year, Berli joined the team at DRI in Las Vegas. Berli’s research projects encompass a range of topics from the physics and mechanics of root-soil interactions, water and energy balance of arid soils to prediction of post-fire flooding and debris flow. One of his favorite projects so far in his career began with a $25,000 NSF EPSCoR seed grant which he was able to leverage into a $400,000 three-year NSF funded project in which he and his team studied the interaction of plant roots with the surrounding soil and how water flows from the soil to the roots. Through his research he learned that roots adjust and grow based on the soil conditions in which they live.

Berli is currently working on The Solar Energy-Water-Environment Nexus in Nevada funded through NSF EPSCoR, which he is able to leverage the research from previous projects. When he’s not playing with soil for work, he enjoys spending time with his wife and young son.