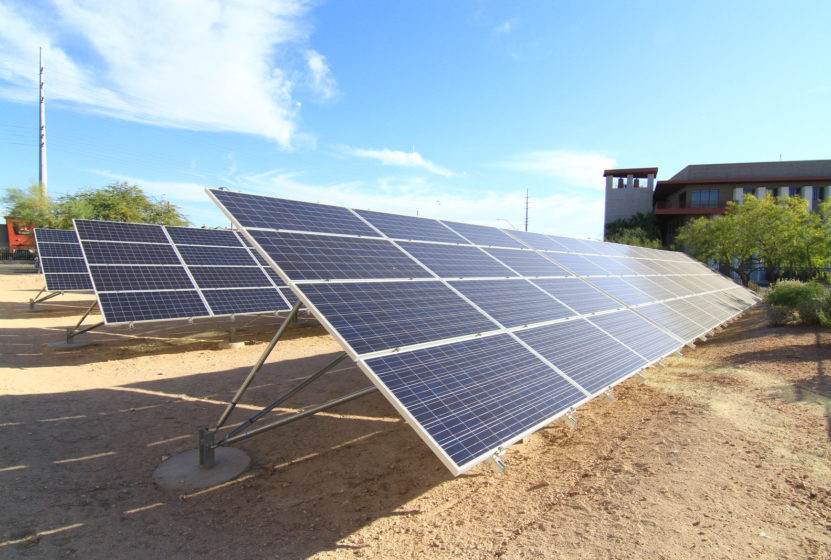 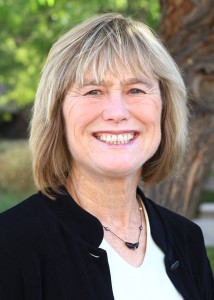 As the director of the NEXUS project, it is a pleasure to welcome you to the first issue of our newsletter. Whether you are in industry, government, legislative, the non-profit, or public sectors, we invite you to explore our research and education programs.

The primary mission of the NEXUS program is to conduct innovative research to achieve efficient and environmentally friendly solar power and, in doing so, to build a diverse STEM workforce for Nevada. Our talented and dedicated group of Nevada scientists, engineers, educators, and students are working together to push the frontiers of science and education. Together, we are creating novel approaches to meeting the needs of all of our constituency groups.

In this inaugural newsletter, we provide you with highlights from our annual meeting held at the University of Nevada Reno in March 2016. We welcome future collaborations and partnerships and look forward to hearing back from you! 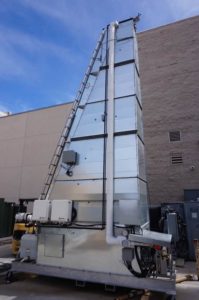 Cooling in power plants is typically achieved through the “wet cooling” process whereby large quantities of water are lost to the atmosphere. “Dry cooling” systems counteract this loss of water, but require more capital investment and have a performance penalty. If this penalty can be minimized, the water savings might make up for the additional capital investment. NEXUS scientist Dr. Robert Boehm at University of Nevada, Las Vegas (UNLV) is leading a team of faculty, staff and students to improve dry cooling performance using a full-scale apparatus they built to evaluate heat transfer enhancements on the cooling air tubes, and testing finned tubes and tubes treated for dropwise condensation. The experimental data will be coupled with modeling data to determine optimal fin design, velocity and circulation of air flow and estimate fan power for various operational conditions. “Our research can have far reaching positive impacts in the power industry and in renewable energy plants that are driven by thermal energy,” Boehm says. 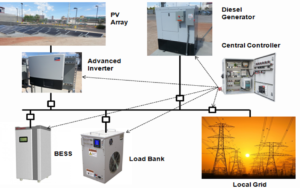 Photovoltaic (PV) inverters, which convert the output of PV solar arrays into utility frequency alternating current, present several problems for utility operations, but scientists hope that a new generation of PV inverters will prove to be an asset. Currently national labs and major electric utility companies are testing out these new generation systems using PV and grid simulators. Instead, NEXUS scientists built a microgrid to test advanced inverter functionalities to reflect real world situations.  Such microgrids are among the major technical cornerstones in the US DOE’s vision of the future “smart” electric power infrastructure. “The microgrid allows us to induce real, rather than simulated, voltage and frequency disturbances as well as controlled voltage deviations at the inverter terminals,” says NEXUS scientist Dr. Yahia Baghzouz, at UNLV. “Advanced inverters are proven to assist electric utilities in mitigating operational problems associated with such abnormalities.” 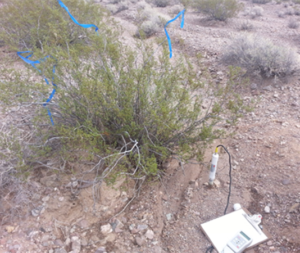 Solar facilities in Nevada’s Eldorado Valley impact both the microclimate and surface hydrology in the adjacent environment according to research by NEXUS and UNLV scientist Dr. Dale Devitt. Devitt and his team installed meteorological towers either side and downslope of a large solar facility to measure climate and soil variables, and sensors to measure plant health. The scientists found more turbulent conditions and warmer temperatures being transferred to the surrounding plants. The surface hydrology of the surrounding area changed in response to the disturbance leading to changes in the soil moisture and plant responses. Plants closest to the facility displayed the most stress in response to the changing conditions. “Our research is showing that these facilities do have an environmental footprint as plants growing in close proximity have altered plant water status and chlorophyll production.” Devitt says. “This information can be used to guide design of solar facilities to help mitigate these impacts”. 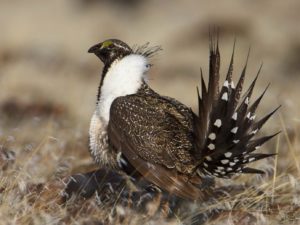 Before making decisions, it is important to understand the impacts and outcomes of any action taken on the economy as a whole. To that end, NEXUS scientist Dr. Thomas Harris and his team at University of Nevada, Reno (UNR) have developed a Supply-Constrained Social Accounting Matrix model (SAM) that estimates impacts of solar energy construction and operation activities on the state’s industries and households.  If government actions restrict solar activities on public lands from sage grouse habitation restrictions, the SAM model can estimate its economic, employment, and household income impacts. The team’s work effectively quantifies the economic linkages between the different sectors impacted, directly or indirectly, by Nevada’s solar energy. “Our next step is to incorporate risk into operations of solar energy and grid management from forecasts of cloud cover which will result in more efficient and effective distribution of electric energy in the state of Nevada economy”, Harris says.

Creating electricity infrastructure for future decades requires upgrades and advances in existing control, monitoring and consumption practices of the power grid. Currently U.S. power transmission networks are interconnected, but managed at a regional level. Existing grid cyber-architecture provides limited information exchange among regional operators for security reasons but this “closed” architecture leaves the grid vulnerable to cascading events. NEXUS scientist Dr. Mehmet Gunes at UNR is developing an “open cyber-architecture” that allows for information sharing between these regional entities while preserving security and privacy. This “blind processing service” will increase data sharing, minimize human intervention and mitigate the impact of cascading events on the power grid. “We aim to transform the current closed architecture to an open one to achieve nationwide visions for a smarter grid,” Gunes says. “Our enhanced information sharing, and adaptability of the power grid, will lead to proliferation of distributed renewable energy generation.”

Why look at the links between solar energy, water and the environment in Nevada?

Nevada boasts the second highest solar radiation in the world, meaning abundant resources exist for solar energy production. But industrial solar plants require water resources to produce power, and drought is the norm in the state. In addition, conventional solar plants can have adverse effects on the surrounding environment, which in turn might jeopardize future production potential.

To support the development of truly sustainable solar power in Nevada, the NEXUS project’s research is centered on maximizing solar energy conversion to energy, while minimizing the negative impacts on water usage and the environment.
NEXUS Newsletter is a quarterly publication of the Solar Nexus Project, which is a five-year research project funded by the National Science Foundation (grant #IIA-1301726) focusing on the nexus of (or linkage between) solar energy generation and Nevada’s limited water resources and fragile environment.